Is there a rule for choosing the mirror's diameter based on the laser beam's diameter?

The diameter of the laser beam should be significantly smaller than the clear aperture of the mirror (Figure 1). A general rule restricts the diameter of the beam to no more than a third of the mirror's diameter. This limits the risk of introducing aberrations into the beam, which will occur if it interacts with the coating boundary near the perimeter of the surface and / or is clipped by the edge of the optic. 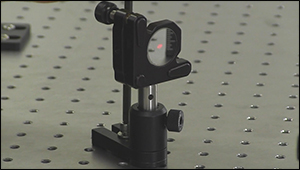 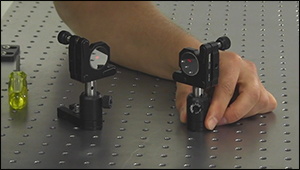 Figure 2: A larger-diameter mirror provides the flexibility to preserve optical beam quality despite situations in which the laser spot is not perfectly centered on the mirror or is elongated due to oblique incidence.

Beam Diameter and Optical Power
When the laser beam has a Gaussian intensity profile, it is common to measure its diameter across the 1/e2 intensity points. If a visible wavelength beam is observed, the 1/e2 diameter generally appears to enclose the beam. However, the intensity of the beam is 13.5% of the peak intensity along the 1/e2 perimeter, and there is measurable power beyond this diameter.

A mirror would optimally have a diameter (D ) large enough to reflect all of the beam's power. The fraction of the reflected optical power (PT ),

If the mirror's diameter is twice the beam's diameter, and the beam is perfectly centered on the mirror, the optical quality of the beam will be preserved and approximately all of the beam power will be reflected. However, any misalignment will impact beam quality. A larger mirror diameter provides additional flexibility during alignment and accommodates situations in which the beam is not perfectly centered in the clear aperture. Due to this, it can be more convenient to work with mirrors that have clear apertures at least a factor of three larger than the beam diameter.